Imagine a vast field of people. Tens of thousands, one might say the size of an army. Shoulder to shoulder, chests to backs. Awaiting the first sight of a gray ship, ready and waiting, staring. Something begins to stir in the masses. “Look it’s here!”” the little girl next to me is shouting.  The U.S.S Truman pulls into harbor adorned with sailors in white.  Wives, husbands, mothers, fathers, sons & daughters eagerly await their loved ones to disembark.  An army, awaiting a navy. When that time finally comes the crowd, much larger than the ship erupts in cheers, laughter, and tears. It’s been some time since these soldiers have been home. Some have yet to see their newborn children, others have missed their families for nearly a year.

Its sacrifices like this I don’t usually dwell on when I think about what our military does for us every day.
The family that supports them at home.

I was hired to capture the moment of a wife being embraced by her husband with the obvious long overdue kiss.  A woman standing beside me, with what looked to be a girl not yet one, asked if I was waiting for my husband. I explained why I was there and asked her story. She gave birth to her baby girl 2 weeks after her husband was deployed. Not only did she have to go thru everything involved with birth, alone, but his child doesn’t yet know who he is. 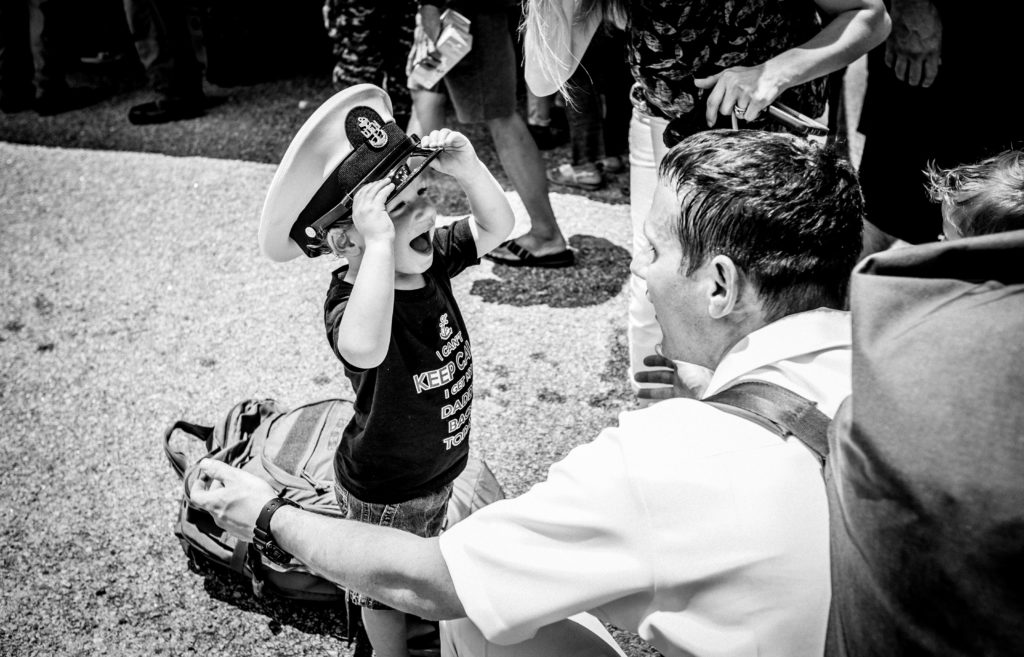 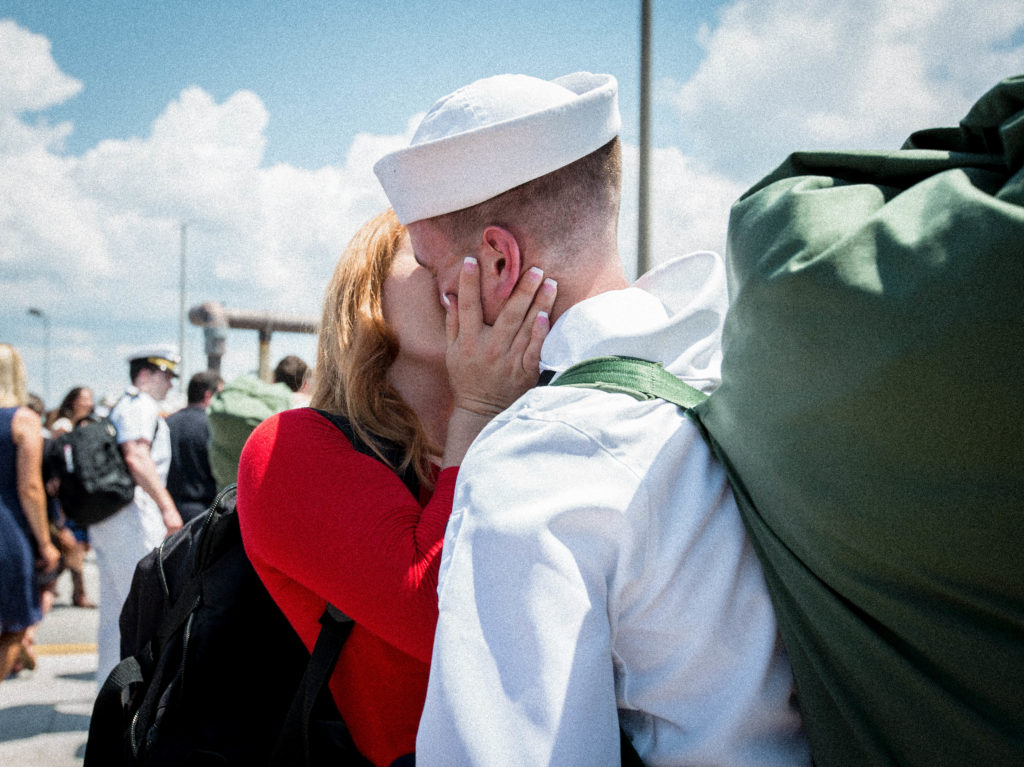 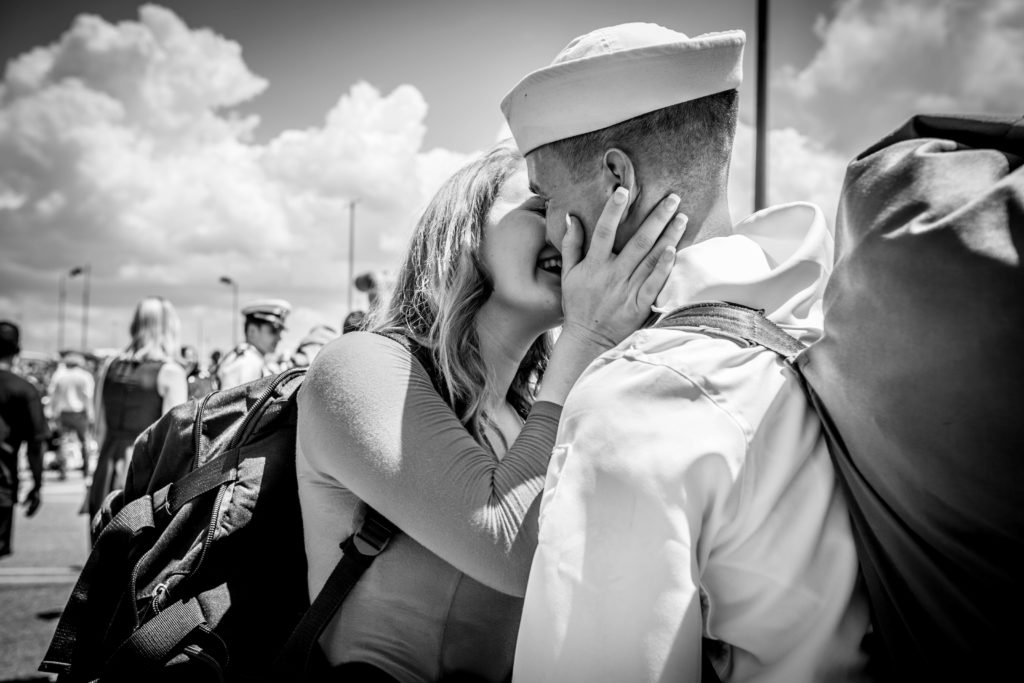